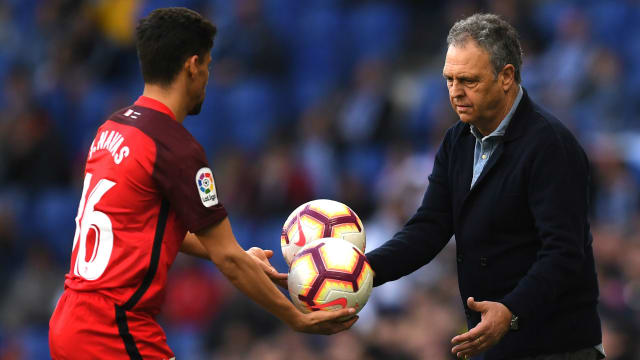 Sevilla have announced Joaquin Caparros will be replaced as head coach and take up a position supporting sporting director Monchi next season.

Caparros returned to Sevilla in April 2018, 13 years after he ended a five-season spell at the helm, replacing the sacked Vincenzo Montella for the last four matches of the 2017-18 campaign.

He then moved into a director of football role the following month and hired Pablo Machin as coach, a decision that initially looked to be a masterstroke, with the club challenging at the top of the table until December.

But a massive drop-off in form and Europa League elimination in March brought about Machin's sacking and Caparros stepped in for his third spell in charge of the team, presiding over 11 matches as Sevilla finished sixth in LaLiga.

@JoaquinCaparros will leave his post as first-team coach and move into an organisational role with #SevillaFC from next season.

With the 63-year-old confirming a chronic leukaemia diagnosis in April, it became increasingly unlikely he would continue as coach for the 2019-20 campaign.

And the club confirmed on Wednesday that Caparros' final game will be their friendly against Tanzanian club Simba a day later, with the experienced coach set to return to a backroom role and assist Monchi, who returned to Sevilla in March.

Eusebio Di Francesco, a former Roma colleague of Monchi's, is reportedly the frontrunner to become the new coach, with Sevilla set to make a decision "in the coming days".