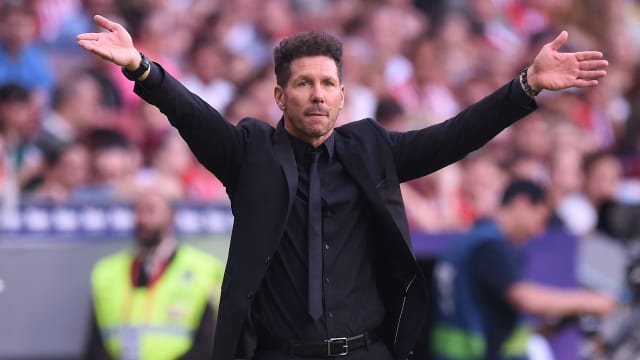 Diego Simeone eased any fan fears he might leave Atletico Madrid as part of their expected exodus.

Atletico look set for arguably their most important transfer window since Simeone returned to the club as coach in 2011, with numerous key players departing.

With several major European clubs set to change coaches, Simeone had been suggested as a potential target for some, though he insists he is not about to jump ship.

Speaking after Tuesday's 2-1 friendly defeat to Beitar Jerusalem, Simeone said: "I like my job, I feel very identified and committed to the club.

"I know that year on year it's always more difficult and that makes us see our real selves and generate enthusiasm.

"Next season there will be football players who will arrive with great enthusiasm and hopefully adapt to the responsibility that means being at Atletico Madrid."