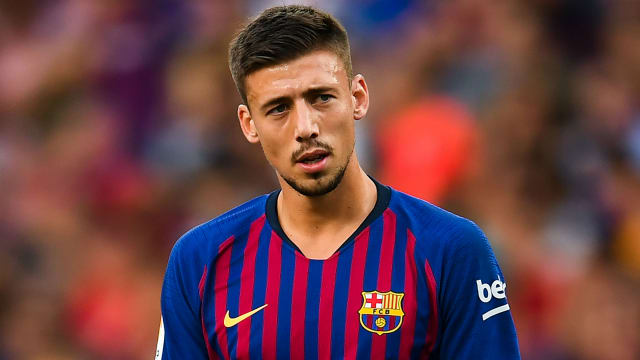 Barcelona defender Clement Lenglet has received his first France call-up but Didier Deschamps has opted against naming Alexandre Lacazette and Aymeric Laporte in his latest squad.

Lenglet has impressed in his first season with the LaLiga champions, making 43 appearances across all competitions, and will hope to make his debut in a friendly against Bolivia on June 2 or in the subsequent Euro 2020 qualifiers with Turkey and Andorra.

Laporte has enjoyed a superb campaign with domestic treble winners Manchester City but is still waiting for his first international call-up, while Lacazette – who has scored 19 goals for Arsenal this season – has been left out in favour of Sevilla's Wissam Ben Yedder.

Asked at a media conference why he chose Lenglet over Laporte, Deschamps said: "Choices are sometimes difficult. I can't argue every time, even if you'd like it.

"Other players are deserving as well and Aymeric is among them. If I had not picked Clement, he would have deserved it as well.

"It's a privilege for me. I have many players for each position who are serious candidates for the French team."

The France boss has also called up Lyon defender Leo Dubois and Lille goalkeeper Mike Maignan to the squad for the first time.

Following the friendly with Bolivia, France travel to Turkey on June 8 and then visit Andorra on June 11 as they look to maintain their 100 per cent start to their Group H qualifying campaign.

Sporting film of the day – Next Goal Wins