Kompany back in Belgium squad 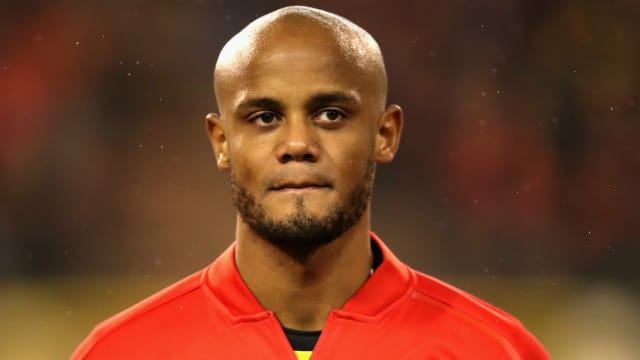 New Anderlecht player-manager Vincent Kompany has been called up to the Belgium squad for their Euro 2020 qualifiers next month.

Kompany revealed on Sunday he would be leaving Manchester City to return to his boyhood club ahead of the 2019-20 season.

The 33-year-old missed his country's opening two Group I qualification matches in March and has not played for the Red Devils since they suffered a 5-2 Nations League defeat to Switzerland on November 18.

Belgium boss Roberto Martinez, though, had no hesitation in calling him up for the games against Kazakhstan and Scotland as they look to maintain their 100 per cent start to the qualifying campaign.

Here are the names for our next  games!  #COMEONBELGIUM pic.twitter.com/yyKbKd42T2

"I spoke to Kompany after he made his decision and he will do everything to make the squad for Euro 2020," Martinez said.

"We all know this will be a difficult job to combine. We need to wait. To get a player as Kompany back to the Belgian Pro League is fantastic."

Tottenham's Jan Vertonghen and Toby Alderweireld and Liverpool pair Divock Origi and Simon Mignolet have been included for the games that take place just a week after the Champions League final between the two sides on June 1.

The Red Devils host Kazakhstan on June 8 before welcoming Scotland on June 11.