Green plans to fly out reporter for NBA Finals: You were good luck today 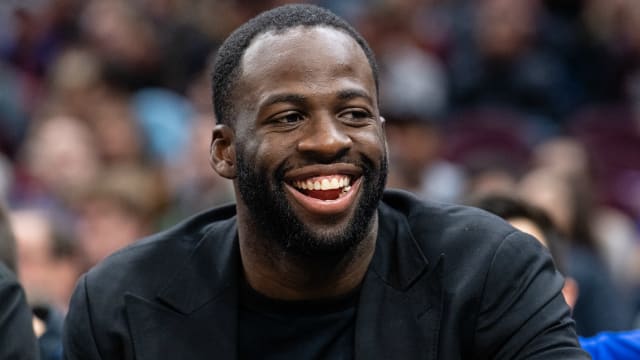 Draymond Green said he will pay to fly a reporter to the NBA Finals after the Golden State Warriors advanced to the championship decider for the fifth successive year.

Golden State's quest for a three-peat of titles continued after sweeping the Portland Trail Blazers 4-0 in the Western Conference Finals on Monday.

Green played a leading role in Portland, where the Warriors star had 18 points, 14 rebounds and 11 assists in the 119-117 overtime victory.

And Green called out one certain reporter during his post-game news conference.

"You were good luck today," three-time champion Green said before the reporter could finish his question.

The reporter then replied by asking if the Warriors would fly him out for the NBA Finals.

"Absolutely," Green responded. "… I'll pay for the ticket myself."

Laughter broke out in the news conference as Green insisted he would not pay for the reporter's hotel.

The Warriors will face either the Milwaukee Bucks or Toronto Raptors in the NBA Finals.