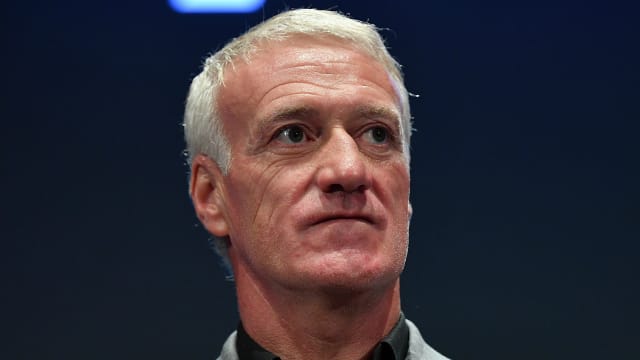 Didier Deschamps says his future remains with France amid speculation he is wanted as the next Juventus head coach.

The Serie A champions have begun searching for a replacement for Massimiliano Allegri, after it was announced he will leave at the end of the season.

Deschamps, who led France to World Cup glory in Russia last year, is reportedly among the contenders for the role.

But at a news conference on Tuesday, the 50-year-old dismissed speculation he could return to Juve, where he was in charge for the 2006-07 season.

"It's a kind question... What am I going to say?" Deschamps told reporters.

"The situation is clear today: my mind, my energy is focused on qualifying for the Euros, and I hope France will play in that Euros.

"It's very clear, even if it's always nice to hear that big clubs are talking about me, and Juventus are among them.

"But my near future is the French team. There are no doors to open - it's crystal clear."

Kylian Mbappe's future has also been making headlines after the France striker hinted he was considering leaving Paris-Saint Germain.

Mbappe was reportedly a target for Real Madrid a year ago and the 20-year-old is again being linked with the LaLiga giants after suggesting he was keen on a "new project".

"Surprised… In today's world, nothing surprises me," Deschamps said when asked about Mbappe's comments. "Information is leaking all the time.

"I'm not used to commenting on what players are saying, whether they are in my team or not. I'll have a chance to talk to Kylian, as happened during our previous gatherings and like I do with other players.

"It is what it is: one day it's him, one day it's someone else. Of course, when it's Kylian, it becomes bigger and more important."