Deschamps: Pogba and Griezmann must be sure they want to move 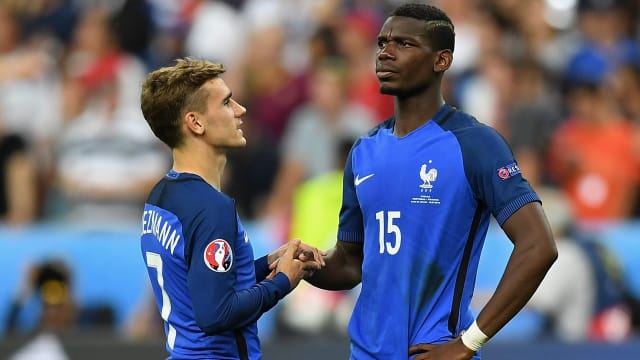 France head coach Didier Deschamps is happy to give Antoine Griezmann and Paul Pogba his opinion on their futures but has warned them to be sure they make the right choice for their careers.

Atletico Madrid striker Griezmann confirmed last week that he intends to leave the Wanda Metropolitano at the end of the season, despite only agreeing a new five-year contract last year.

Pogba, meanwhile, has been heavily linked with a move to LaLiga giants Real Madrid after a largely difficult season with Manchester United.

Deschamps – who has named both players in his squad for a friendly against Bolivia and subsequent Euro 2020 qualifiers against Turkey and Andorra next month – will give them his view but is keen for them not to come to regret their decisions.

"Players are making choices, I'm not there to advise them," he told a media conference.

"I'm here to give them my opinion, but it's about them. It depends on their career, people and family.

"Most of them ask for my opinion. They can use it or not; it's not my choice.

"What matters is that when they decide something important, they think it is the correct choice. But sometimes you think, 'yes it's a good choice to join that club' and then it's not. It's easy to say after the fact. It goes well or badly."

Despite criticism of Pogba's form towards the end of the campaign, he ended 2018-19 with 13 Premier League goals and a further nine assists – more than any of his United team-mates managed – and earned a place in the PFA Team of the Year.

Deschamps believes people are too quick to find faults in the 26-year-old's game and says he brings a lot more than just goals.

"I hope you're watching all his games in the Premier League," he added. "We see Paul when he scores and gives assists, but Paul is not just about that. With us, he scores fewer goals, but he was and still is very important.

"A season lasts 10 months and players can't be at their peak all the time. With France, he knows I'm asking him different things because we have a team, and he's doing it very well."