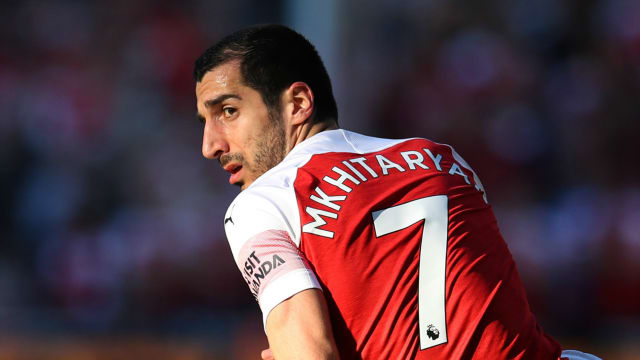 Henrikh Mkhitaryan and Arsenal were provided with a comprehensive security plan to ensure his safety in Baku, UEFA said.

On Tuesday Arsenal announced midfielder Mkhitaryan will not travel to Azerbaijan to face Chelsea in the Europa League final on May 29.

Amid ongoing political tensions between Azerbaijan and his native Armenia, Mkhitaryan wrote on social media he was "hurt" not to be able to play.

UEFA said it respected the decision of Arsenal and Mkhitaryan and explained the measures taken in advance of the final.

Having considered all the current options, we had to take the tough decision for me not to travel with the squad to the Europa League Final. It‘s the kind of game that doesn’t come along very often for us players and I must admit, it hurts me a lot to miss it. I will be cheering my teammates on! Let‘s bring it home @arsenal  #uel #final #arsenal #chelsea #afc #coyg

"Working alongside Arsenal, UEFA sought and received assurances regarding the player's safety in Azerbaijan from the highest authorities in the country," the body's statement said.

"As a result of these guarantees, a comprehensive security plan was developed and given to the club.

"While the club acknowledges the efforts that UEFA and the Azeri government have gone to in this matter, we respect the personal decision not to travel with the player."

Mkhitaryan has made 11 appearances in this season's Europa League, which Arsenal have to win to secure their return to the Champions League.