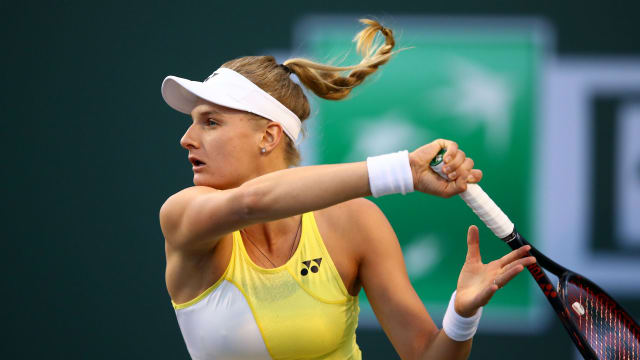 Yastremska has struggled with illness and injury since winning the Thailand Open earlier in the season, but showed no signs of fatigue on Monday, 20 May 2019.

The 19-year-old made light work of Parmentier - a former Strasbourg semi-finalist - in the first set, though the Frenchwoman rallied in the second before Yastremska prevailed on her third match point.

Next up will be Stosur, who the Ukrainian defeated in straight sets at this year's Australian Open, after the 2011 US Open champion defeated Jessica Pegula 6-3 6-1.

.@D_Yastremska completes the victory over Parmentier 6-2, 6-4!

Books her place in the second round at @WTA_Strasbourg! pic.twitter.com/UOQP2fFhc8

Rain prevented play in all but one match at the Nuremberg Cup, with Mona Barthel overcoming Paula Ormaechea 6-3 3-6 6-2.