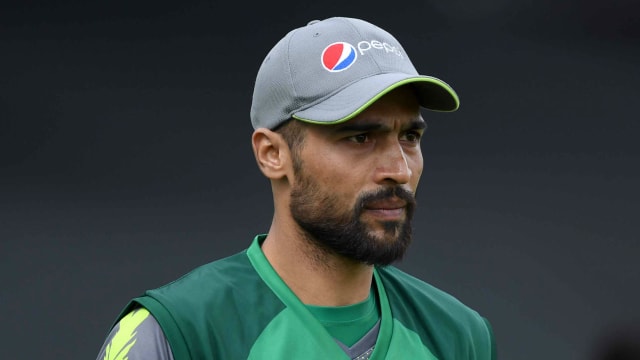 Abid Ali, Junaid Khan and Faheem Ashraf were omitted along with Yasir Shah when the final 15-man party was named on Monday.

It is almost two years since Wahab featured in a one-day international, but the left-arm paceman has been given the nod for the tournament in England and Wales.

Amir, outstanding in Pakistan's ICC Champions Trophy triumph two years ago, was left out of the initial squad, but it was no surprise that he made the cut after recovering from chickenpox.

Batsman Asif was named in the squad a matter of hours after it was announced that his daughter had lost her battle with cancer.

Pakistan suffered a 4-0 ODI series defeat to England after losing by 54 runs at Headingley on Sunday.

Sarfraz Ahmed's side start their World Cup campaign against West Indies at Trent Bridge on May 31 following warm-up games against Afghanistan and Bangladesh.