Henin impressed by Halep ahead of French Open defence 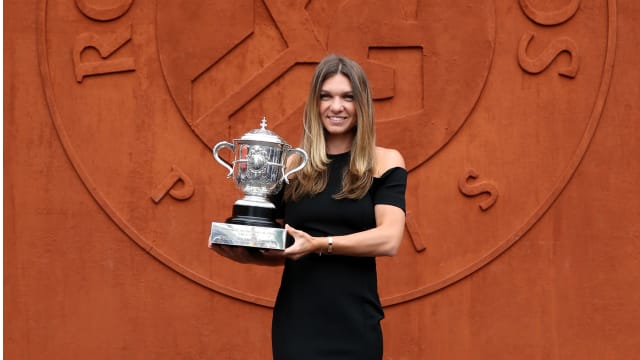 Justine Henin believes Simona Halep has a "little advantage" over her rivals on clay as the Romanian prepares to defend her French Open title in Paris.

Halep claimed her maiden grand slam in the 2018 edition but has not won a tournament so far this year, including losing in the final of the Madrid Open to Kiki Bertens.

But Henin, who lifted the trophy on four occasions at Roland Garros in her playing career, believes that Halep's knowledge of how to play on the surface may prove to be crucial, despite the high level of competition.

"In the women's draw, so many players have won tournaments in the last two years, it's pretty amazing," Henin told Omnisport.

"But I'm interested in seeing how Halep defends her title. I still think that with all of the players I know on the tour, on the clay she has a little advantage, she knows how to use the surface, she is physically strong, she has these qualities. But a lot of other players push, a lot of young players.

"It's going to be interesting because [Naomi] Osaka has won the last two [slams]."

Among the rivals looking to claim Halep's crown will be Serena Williams, who has returned to training after recovering from a knee problem that forced her out of the Internazionali d'Italia in Rome.

Williams is looking to win a slam for the first time since becoming a mother in September 2017, and Henin believes that is serving as extra motivation for the 37-year-old.

"I think it's to keep the passion and motivation. You need to keep sense to what you do, and to stay healthy also," Henin said of Williams.

"Because physically it [giving birth] is a big, big issue, you pushed your body a lot and you need to do a lot of rest and sometimes you need some breaks and Serena has done that already in the past.

"I admire her a lot that she still has the motivation, the passion. I think that now she has a daughter she wants to win grand slams being a mum.

"It's going to be hard because the time goes on and the young players are physically putting on a lot of pressure.

"In another way, when Serena wants something it is very hard to stop her, so we will see."