Zidane not afraid to quit Madrid over squad interference 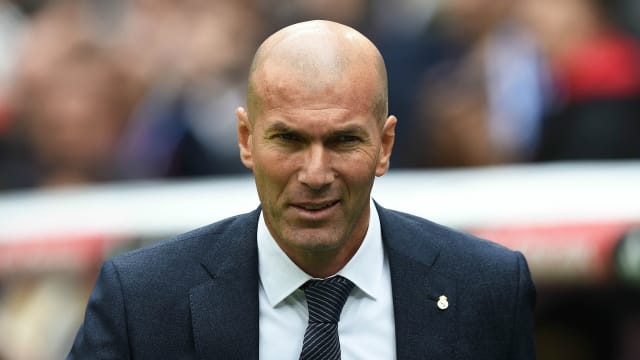 Zinedine Zidane has warned Real Madrid he will not hesitate to quit for the second time if his team selections are met with interference from above.

Reports in Spain indicate Zidane is ready to make son Luca his second-choice goalkeeper behind Thibaut Courtois next term with long-term number one Keylor Navas seemingly close to leaving.

Doubts over the younger Zidane's readiness to fill such a role after just two LaLiga appearances in as many seasons have clouded the issue and Spanish newspaper Marca suggests Madrid's board prefer 20-year-old Andriy Lunin, currently on loan at Leganes, as deputy to Courtois.

The level of support from Madrid's hierarchy was raised as a factor behind Zidane senior's shock departure at the end of last season and, having returned in March, the head coach would not shy away from making the decision again.

"I'll tell you next season who is going to be the first goalkeeper and second goalkeeper," Zidane told a news conference on Saturday.

"It will be my decision, of course. Who do you think makes the decision for the team? That's clear as water.

"I'm the coach and I will make my own decisions. Otherwise, I'm leaving.

"I am referring to selecting the team. Regarding transfers and those things, there are also people who work on it, and we do it together.

"But picking the team, who is in, who is out, that's my decision, with my staff."

Zidane went on to reassert his faith in Luca's ability and denied making any demands over the 21-year-old's squad status.

"Everything will be clear but nothing will change just because he's my son."

Madrid wrap up their LaLiga campaign at home to Real Betis on Sunday.