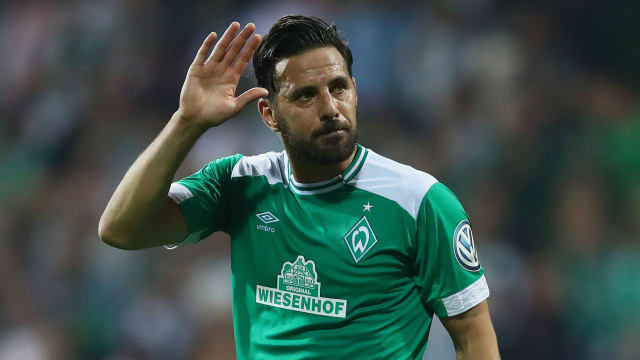 Werder Bremen have confirmed 40-year-old striker Claudio Pizarro will remain with the club next season.

The veteran has reached an agreement with the Bundesliga side to carry on playing for a 21st campaign in Europe, having first moved to Werder in 1999.

Werder sporting director Frank Baumann said Pizarro, who has also played for Bayern Munich and Chelsea during his career, will now sign "a suitable contract in the coming days".

The Peruvian, who returned to Werder for a fourth spell in July 2018, told the club's official website: "I have always said that my future plans would depend on what my body was telling me.

"I still feel good, so I'm glad to be staying here for another year.

"We have developed really well as a team this season and I'm sure we'll carry on improving. I'd like to be a part of that too."