Do not steal goals, Raheem! Sterling offers explanation for Pep-talk 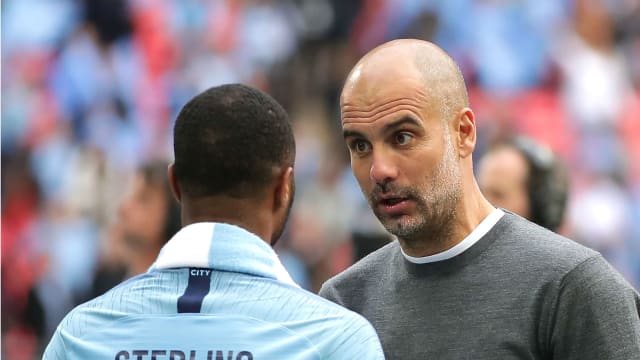 Sterling scored twice in the crushing victory as a rampant City strolled to an unprecedented domestic treble, though he seemed to be receiving a firm – albeit well-natured – talking to from his boss after the trophy presentation.

And now the England forward jokingly revealed the conversation circulated around his attempt to 'steal' Gabriel Jesus' goal, which put City 2-0 up before half-time on Saturday.

Jesus' header was going in as Sterling made contact, and despite initial confusion, the forward was denied an FA Cup hat-trick when match officials awarded the Brazil striker the goal following full-time.

He just said I shouldnt have tried to steal that first goal ... https://t.co/jImYpPV6oj

"He just said I shouldn't have tried to steal that first goal," Sterling replied in response to a Manchester City tweet captioning the video of his and Guardiola's discussion.