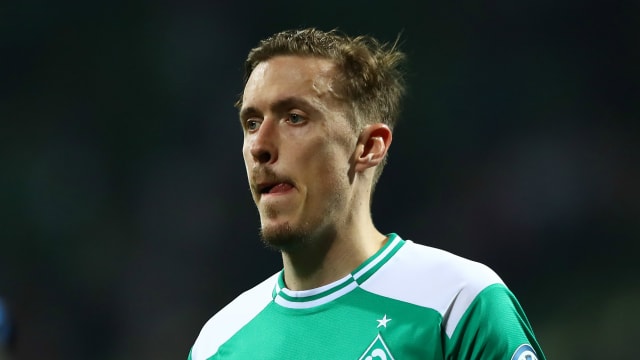 Werder Bremen have announced captain Max Kruse will leave the club at the end of the season.

The 31-year-old forward returned to the Weserstadion in 2016 for a second spell with the club and was handed the captaincy ahead of the 2018-19 campaign.

Kruse has scored 11 times in the Bundesliga but the Germany international, who has been strongly linked with Tottenham, Bayern Munich and Inter in recent weeks, will be moving on once his contract expires.

"I really enjoyed playing for the club for three years and proudly captained the side too - that will always be a great memory for me," Kruse told the German club's official website.

Bremen coach Florian Kohfeldt added: "Max is an outstanding player who has impressively proved over the last three years how valuable he can be to a team.

"My relationship with him was built on the greatest trust, something which you perhaps wouldn’t get in a normal player-coach relationship. I wish Max all the very best for the future."

#Max Kruse will leave the club at the end of the season.