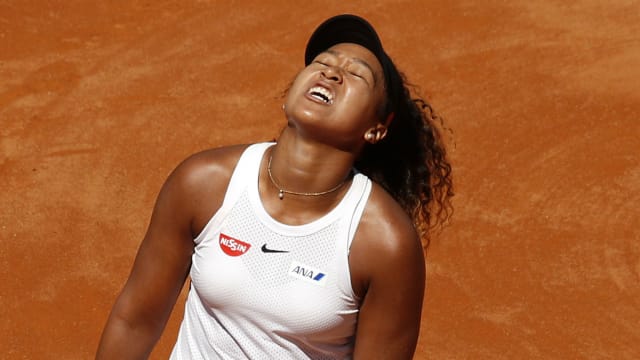 World number one Naomi Osaka has pulled out of her scheduled Internazionali d'Italia quarter-final with Kiki Bertens due to a hand injury, just nine days before the start of the French Open.

Shortly before her last-eight match against Bertens was due to begin on Friday, the WTA confirmed Osaka had been "forced to withdraw due to a right hand injury".

The 21-year-old, who was won the last two grand slams, confirmed her status as top seed at Roland Garros by virtue of Simona Halep's early exit in Rome on Thursday.

Osaka becomes the latest player to suffer an injury scare in the final major clay-court tournament before the French Open.

Serena Williams pulled out in Rome earlier in the week following a recurrence of a knee injury, with Caroline Wozniacki retiring from her first-round match on Tuesday because of a calf complaint.

Halep, the defending French Open champion, also required treatment on a leg injury in her second-round loss to Marketa Vondrousova.

Naomi Osaka has been forced to withdraw ahead of her quarterfinal @InteBNLdItalia due to a right hand injury. Kiki Bertens receives a walkover into the semifinals.