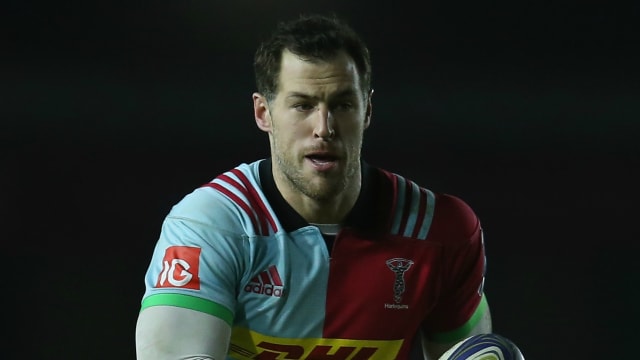 Former Scotland international Tim Visser is to retire at the end of the season, Harlequins have confirmed.

Visser called time on his Test career 12 months ago having scored 14 tries in 33 appearances.

The 31-year-old wing has now opted to pursue opportunities away from rugby, ending a four-year stay with Premiership side Quins that saw him score 39 times in 66 matches.

"I'd like to thank everyone at Harlequins for the opportunity to be part of such a fantastic club. I've thoroughly enjoyed my time here," Visser told the club's official website.

"I feel now is the time for me to move on to new challenges outside of rugby with my young family. I'm looking forward to trying and proving myself in a completely different career."

Read now | Tim Visser to Retire from Professional Rugby at the end of the Season https://t.co/e9zt21n2f0

Netherlands-born Visser started his career with Newcastle Falcons before joining Edinburgh in 2010. He qualified to play for Scotland through residency in 2012.