Vunipola out for the season with hamstring injury 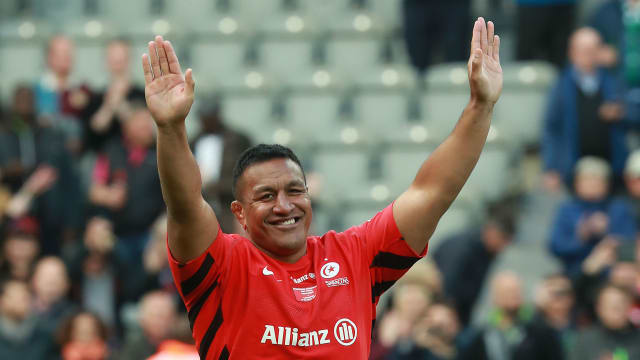 England prop Mako Vunipola will play no further part in Saracens' quest for a European Champions Cup and Premiership double due to a hamstring injury.

The British and Irish Lion was withdrawn along with fellow prop Titi Lamositele in the first half of Sarries' 20-10 Champions Cup final victory over Leinster last weekend.

Mark McCall, the London club's director of rugby, revealed that the defending champions will have to do without Vunipola as they go in search of another Premiership triumph.

"Mako has a torn hamstring. We're waiting to see exactly what happens with that, but I very much doubt he'll play again this season. Neither will Titi," McCall said.

"Mako won't be out of the World Cup, but he'll be out for a while. It's quite a significant injury.

"It's disappointing to lose two players of that quality and it makes us a little bit vulnerable."

Saracens face Worcester Warriors in their final match of the regular season before a semi-final, which would be against Gloucester as things stand.