This Week in US Sports: Pelicans set to land Zion, Lakers hire Vogel 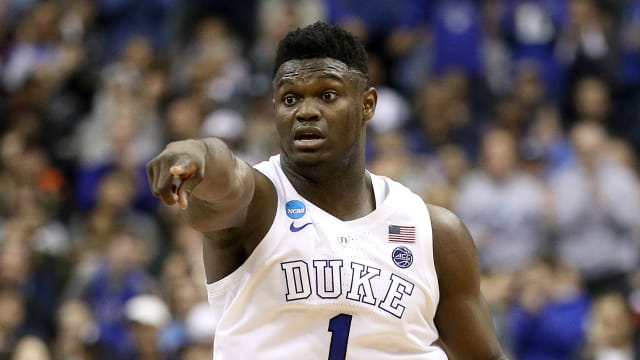 Who would be the lucky team to nab Duke's Zion Williamson? It was an eventful week in the United States as the question many people had been asking for months was just about answered.

This was almost more pressing than anything going on in the NBA playoffs despite Kawhi Leonard's dramatics in the final moments of the Eastern Conference semi-finals.

The team who won the NBA Draft lottery was a surprise and made the story even more compelling.

All that and more this week in US Sports.

1. The Pelicans may be losing one star but adding another

The prize of the lottery was Williamson and the New Orleans Pelicans were the lucky team to earn the right to draft him, getting the top pick in the upcoming draft.

The Memphis Grizzlies will pick second and the New York Knicks – who Williamson reportedly wanted to go to – will pick third.

This creates an interesting scenario as Pelicans star Anthony Davis still does not want to re-sign with the team, but New Orleans' new executive vice president of basketball operations David Griffin is not giving up on bringing him back.

The next couple of months in the NBA will be a lot of fun and that entertainment once again has nothing to do with what is going on on the floor.

2. Lakers finally get their man

The Lakers have a new coach and his name is Frank Vogel.

The former Indiana Pacers and Orlando Magic coach was hired by the Lakers this week after Luke Walton agreed to mutually part ways last month.

“I look forward to coaching such phenomenal talent and bringing my strategic vision to the team.”

But, even with the signing of a new coach, there is still drama in Los Angeles as the Lakers hired Jason Kidd to be a prominent assistant on Vogel's staff.

It has already led to speculation as to just how long Vogel will be at the helm.

3. 76ers stick with the status quo

There will be no major shakeup on the Philadelphia 76ers' coaching staff after they fell in seven games to the Toronto Raptors in the Eastern Conference semi-finals.

It was reported that Brett Brown would likely be fired if Philadelphia did not win Game 7 on Sunday, but on Monday, the 76ers announced they were bringing Brown back.

The coach has amassed a 178-314 record in six years with the team, but has also been at the helm for Philadelphia's last two playoff runs in which they won a combined 103 games over the past two seasons.

Now the question for Philadelphia becomes is who they can bring back? Do Tobias Harris or Jimmy Butler re-sign with the team? That remains to be seen.

“For us to be able to retain, recruit, grow, empower, watch this program unfold… this is incredibly exciting.”

Brett Brown talks about the culture that has developed within the program. pic.twitter.com/wHDlTfkxtv

4. Yankees health gets a boost, takes another hit

The New York Yankees finally got some reinforcements this week as Aaron Hicks made his return to the lineup, but that did not come without a bit of bad news as well.

Miguel Andujar is all but officially done for the season as he has elected to undergo surgery on the torn labrum in his right shoulder.

So the Yankees got some help but also permanently lost a player for the season.

This is one of the weirder records in MLB history, but it is still a pretty cool one.

The Oakland Athletics traded starting pitcher Edwin Jackson to the Blue Jays this week and when Jackson made his start with Toronto, he became the first pitcher in history to pitch for 14 different organisations.

Jackson passed Octavio Dotel for the MLB record and, at 35 years old, he still has some time to add to that number.