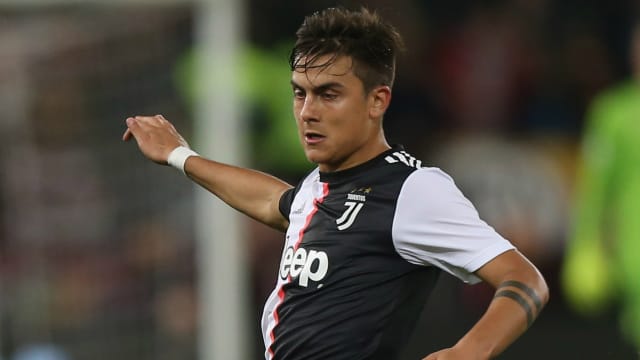 Paulo Dybala's brother and agent revealed there is a "good chance" the Juventus star will leave the Serie A champions amid links with Manchester United.

Dybala has struggled in the shadow of Cristiano Ronaldo since the five-time Ballon d'Or winner's arrival from Real Madrid at the start of the season, only managing five goals in 28 league appearances.

The Argentina international attacker – who netted 22 Serie A goals last term – has scored just 10 goals across all competitions for Juve in 2018-19.

Dybala has emerged as a reported target for Premier League giants United and his brother Gustavo said the 25-year-old is not happy in Turin.

"There is a good chance he'll leave Juventus," Gustavo Dybala told Radio Impacto Cordoba. "He needs a change, he was very much at ease in Italy but now he is no longer.

"Let's say that Paulo is no longer at ease and happy, as many other Juventus players are no longer well. He is not the only one who will leave.

"Problem with Ronaldo? No, off the field there is no problem with Cristiano. The problems are on the field: Paulo is young, he has to play.

"Cristiano is a great person and he never had problems with him. They have a good rapport. There were a few misunderstandings tactically, as let's not forget they have similar positions."