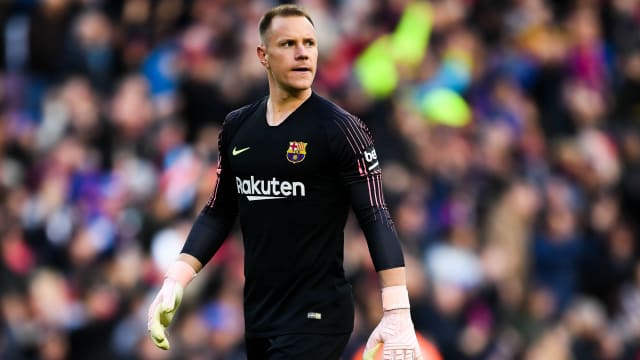 Barcelona goalkeeper Marc-Andre ter Stegen is a doubt for the Copa del Rey final after suffering a knee injury.

Coach Ernesto Valverde has rested the German in recent weeks around the Champions League semi-finals and ahead of the Copa showdown with Valencia on May 25, allowing Jasper Cillessen to step in for the league games against Celta Vigo and Getafe.

However, Ter Stegen has still managed to sustain an injury, with Barca revealing on Thursday the 27-year-old is struggling with discomfort in his right knee.

The club have not given any further details regarding the severity of the injury, but Ter Stegen is likely at least to miss the trip to Eibar on Sunday and is a doubt for the showdown with Valencia in nine days' time.

[ BREAKING NEWS]
Ter Stegen is having trouble with his right knee. He is out of action and his availability will depend on how things develop pic.twitter.com/gUEBKMDnUN