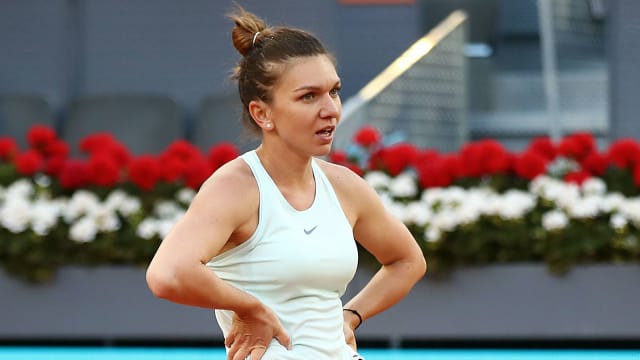 Naomi Osaka will remain world number one and be top seed at the French Open after Marketa Vondrousova knocked Simona Halep out of the Internazionali d'Italia on Thursday.

Halep had to win the title in Rome to have any chance of returning to the top of the rankings, but teenager Vondrousova beat the French Open champion 2-6 7-5 6-3 in the second round.

Third seed Halep called for treatment on her hamstring before 19-year-old Vondrousova completed a fightback to move into the third round.

Vondrousova also defeated the Romanian in the last 16 at Indian Wells in March.

US and Australian Open champion Osaka defeated Dominika Cibulkova to set up an encounter with Mihaela Buzarnescu later in a hectic day at the Foro Italico after no play was possible on Wednesday due to rain.

Osaka was the 21st seed at Roland Garros last year and lost to Madison Keys in the third round.

With today’s results, Naomi Osaka has secured the No.1 ranking this week and the top seed at the French Open. pic.twitter.com/hMjlQoO1N5