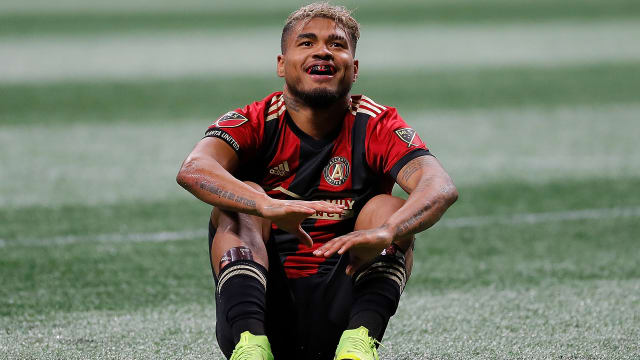 Atlanta United made it five straight wins in MLS on Wednesday, while the Seattle Sounders closed the gap atop the Western Conference.

Frank de Boer's Atlanta have found form and recorded a 1-0 win over the Vancouver Whitecaps at BC Place Stadium.

Josef Martinez's first-half penalty was all they needed to stretch their winning run to five and climb into third in the Eastern Conference.

Incredibly, Atlanta have not conceded once during their five-game streak.

Not stopping that one.@JosefMartinez17 scores his fifth of the year for @ATLUTD. #VANvATLhttps://t.co/JWAPdkm7z8

The Sounders jumped to second in the Western Conference after a 2-1 win at home to Orlando City.

Raul Ruidiaz tapped in a Brad Smith cross for the opener before Handwalla Bwana put away Nicolas Lodeiro's delivery in the second half.

Chris Mueller's fine 20-yard effort pulled one back for Orlando, but they were unable to find an equaliser.

Eastern Conference leaders DC United were held to a 0-0 draw by Toronto at BMO Field, while Houston Dynamo and the Portland Timbers drew 1-1.