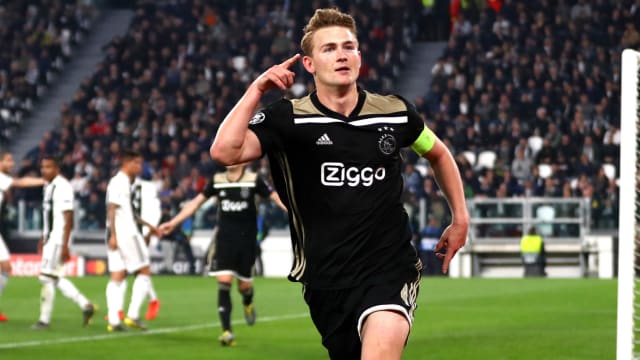 Ajax captain Matthijs de Ligt is an "extraordinary talent", Daley Blind said after they clinched the Eredivisie title on Wednesday.

De Ligt, 19, is expected to leave the club and has been linked with a move to Barcelona and numerous other European giants.

The centre-back helped Ajax win their first league title since 2014, completing a domestic double after their KNVB Beker success.

"Not only as a captain was he important to us. It's also about his personality. He is a leading figure in the squad," he said after a 4-1 win over De Graafschap that sealed the title.

"He can guide the team in hard times. But if he wasn't one of the best, others were. I think that's how we complemented each other as a team.

De Ligt made 55 appearances in all competitions for Ajax this season, helping them reach the Champions League semi-finals, where they suffered a heart-breaking defeat to Tottenham.