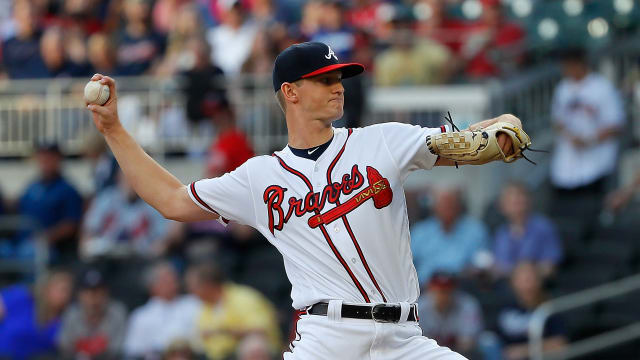 The two Braves youngsters were integral parts of Atlanta's 4-0 win over the Cardinals and it all started with Soroka.

St Louis came into the game with the third-most runs in MLB and they scored 14 in a victory over Atlanta on Tuesday.

But Soroka was wonderful throughout, keeping the Cardinals off-balance with a great mix of sinkers and change-ups.

If you haven’t already done so, learn the name @Mike_Soroka28!#ChopOnpic.twitter.com/ptsM7lMUHO

The 2015 first-round pick was great, but he got a lot of help from another player selected 13 picks behind him in the same draft.

Riley was called up on Wednesday to make his MLB debut with the Braves and he hit a 438-foot homer hours later.

Welcome to the bigs, @austinriley1308!#ChopOnpic.twitter.com/RbaK8Md9vH

Gleyber Torres had a great day at the plate for the Yankees, going three for eight with three home runs over two games of a doubleheader. New York beat the Baltimore Orioles 5-3 and 3-1.

Justin Verlander gave up two hits and one run while striking out nine in seven innings in the Astros' 5-1 win over the Detroit Tigers. Houston have won eight games in a row.

Seven Rays pitchers combined to shut out the Miami Marlins in a 1-0 win. Tampa Bay hurlers struck out 12 batters in the game.

Please join us at Cafe Disco for the post-game celebration! pic.twitter.com/Aviqtp9LCq

It is the battle of the Zachs as Zach Davis (4-0, 1.54 ERA) takes on Zach Eflin (5-3, 2.47) in Philadelphia. Milwaukee beat Philadelphia 5-2 on Wednesday and will look for their third straight win over the Phillies on Thursday.