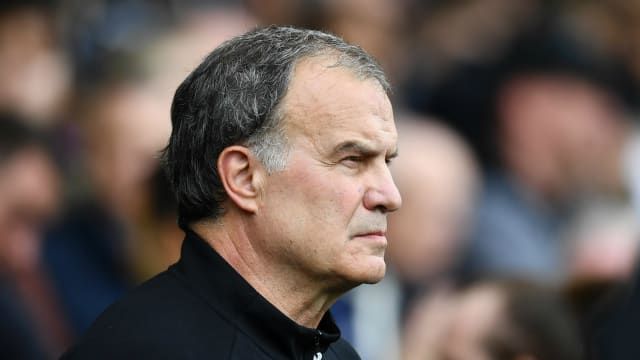 Marcelo Bielsa indicated he is willing to stay at Leeds United despite their defeat to Derby County in the Championship play-offs.

Derby lost the first leg 1-0 and were trailing in the second clash at Elland Road on Wednesday before turning the match on its head to run out 4-2 winners on the night and 4-3 on aggregate.

Former Argentina and Chile coach Bielsa signed a two-year deal on his June 2018 arrival at Leeds, who led the Championship table at Christmas but missed out on automatic promotion in the closing weeks.

"As you can imagine, it is not convenient to talk about this right now," Bielsa told reporters after Leeds' 15-year exile from the Premier League was extended.

"You know about this process. If the club offers me the possibility to carry on, I will listen to this proposal."

Love this group of players!
Unbelievable performance!
I experienced every emotion as a fan in the stands tonight! No voice left and my legs are battered & bruised from celebrating the goals!
One more big push  #DCFCpic.twitter.com/b4OA8w3Gzl

Gaetano Berardi's red card contributed to Leeds' downfall, with Jack Marriott scoring twice off the bench for the Rams, but Bielsa accepted responsibility for his side's failure to make it to Wembley.

"There have been mistakes and that leads to doubts about the head coach," said Bielsa, who was dejected at the full-time whistle.

"It is a painful situation and we are very disappointed. There was a loss of control. As managers, we should provide a solution, giving strong structures, but we had 20 minutes of disorder. We have many things to take into account."

Lampard and veteran left-back Ashley Cole will now face former Chelsea team-mate John Terry - assistant at Villa - for a place in the Premier League on May 27 and he celebrated wildly with his players after beating Leeds in a bad-tempered clash that also saw Scott Malone sent off.

The former England midfielder and his players reclaimed the version of Oasis classic 'Stop Crying Your Heart Out' sung by Leeds fans in reference to the 'spygate' scandal engulfing Bielsa earlier in the year and Lampard hailed his young team's achievement.

"It means such a great deal," said Lampard, who is in his first season as a manager. "From the day I came in, we had issues. Every club in the Championship has issues, but it was about how can we bring the average age of the squad down, how can we bring energy into the team.

"There have been ups and downs on the way, including losing the first leg at home. In terms of personal achievement, it's up there with anything I've achieved, the way I'm feeling right now. I'm very proud of everyone.

"They say emotions are intensified as a manager and it's definitely true. I got caught up in it, but I do aim high. Maybe I was naive to do that because I was aware of the financial issues we had. I knew we had to sell players, loan players and because it's been so tough, it's more than I could have imagined the way it's turned out.

"I won't take back those celebrations because we've strived for it. Once they've enjoyed [the celebrations], it's heads down, get some rest and be ready for it. It'll be a test. Villa are a really great outfit and we'll be underdogs again."