Woods opts to miss final practice ahead of US PGA 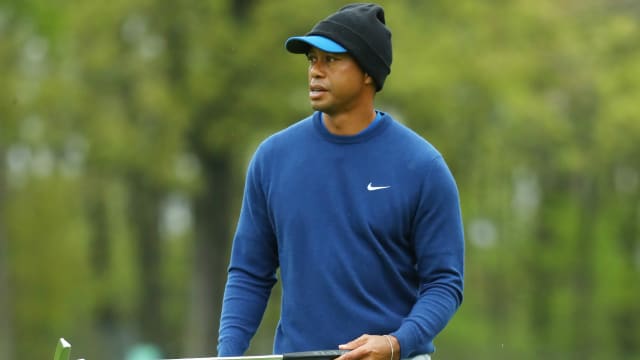 Tiger Woods opted not to take part in a final practice round at the formidable Bethpage Black course on Wednesday ahead of this year's US PGA Championship.

The 15-time major champion's agent Mark Steinberg insisted the decision was made to rest, denying Woods was dealing with illness on the eve of the tournament.

This year's Masters champion had announced plans to play a further nine holes but never came to the course, where he won the U.S. Open in 2002, despite the arrival of caddie Joe LaCava.

The decision means Woods will tee off with Francesco Molinari and defending PGA champion Brooks Koepka on Thursday with only nine holes of practice under his belt this week, while he has not played competitively since his triumph at Augusta.

He played nine holes in adverse conditions on Monday but did get a full round in last week to work on yardages and sight lines.

"He's all good, just getting some rest," Steinberg told ESPN when asked if Woods had been unwell. "Saw the course last week, all is good.''

During his news conference on Tuesday, the 43-year-old Woods had acknowledged the physical challenge awaiting him.

"There's definitely going to be a component to stamina this week as the week goes on,'' he said.

"Four days over a tough championship that is mentally and physically taxing takes its toll.

"This is not only a big golf course, but this is going to be a long week the way the golf course is set up and potentially could play."