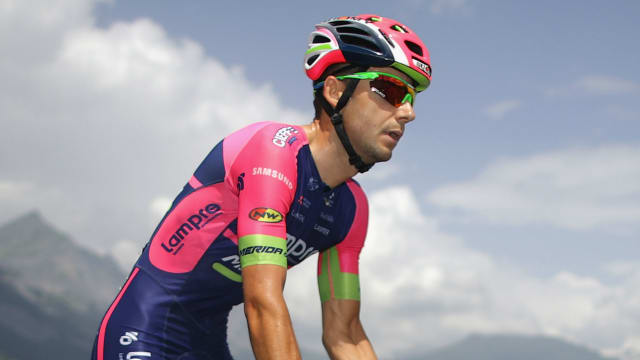 Slovenian rider Kristijan was pulled out of the Giro d'Italia after Bahrain Merida were informed of possible violations, which the team's sports director Bozic has also been accused of dating back to the 2012 and 2013 seasons.

Croatian Durasek's Tour of California is over after UAE Team Emirates were notified of his suspension.

Italian sprinter Petacchi, 45, retired from the sport four years ago.

A Bahrain Media statement said: "Today we have been notified by UCI about the potential anti-doping rule violation by two members of our team, rider Kristijan Koren and Sports director Borut Božič. The alleged violations relate to the 2012 and 2013 seasons.

"We would like to stress that both cases relate to the 2012 and/or 2013 seasons. The team always carries out a thorough medical checks (including biological passport check) of any new signed rider."

Durasek's team stated: "UAE Team Emirates was informed that the UCI has opened an investigation into Croatian rider Kristijan Durasek, regarding his involvement in the Aderlass case in Austria a few years ago.

"Following the team's internal policy and the information received from the UCI, the athlete has been suspended, effective immediately, as we follow developments in the case.

"The team hopes that Durasek can prove he was not involved in the affair. Should it be proven otherwise, he will be terminated immediately."

Petacchi, who is working as a pundit for Italian television during the Giro, has denied wrongdoing in quotes reported by Corriere della Sera.

"I've never had a blood transfusion," he said.