Past his peak? Griezmann's Atletico Madrid career in Opta numbers 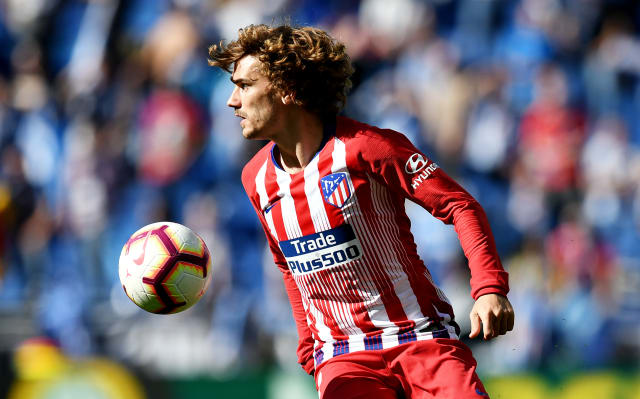 Barcelona appear most likely to sign Antoine Griezmann after the France international announced he will be leaving Atletico Madrid, despite having signed a new five-year contract last June.

The 28-year-old, who joined Atleti from Real Sociedad for approximately €30million in July 2014, has been the club's top goalscorer across all competitions in each of his five seasons in the capital.

His exploits took him to fifth in the club's list of all-time leading scorers with 133 in all competitions, but the World Cup-winning forward brought much more than just goals to the Rojiblancos.

A detailed look at his season-by-season statistics underline his huge importance to Diego Simeone's team over the past five years, but do they also indicate his best football may be behind him?

. @AntoGriezmann: "These five years have been incredible. Thank you very much for everything, I carry you in my heart." pic.twitter.com/uz1jwQj1Sg

Griezmann had big boots to fill when he arrived at Atletico, with Diego Costa having scored 36 goals in all competitions as the club won LaLiga in the previous season.

But the France star rose to the task, scoring 25 times from 111 shots across 53 games to give himself a shot conversion rate of 22.52 per cent.

With an excellent season under his belt, Griezmann settled into his groove in 2015-16 and plundered 32 goals in all competitions as Simeone's side went all the way to the Champions League final again.

They lost on penalties to Real Madrid, with Griezmann missing from 12 yards in normal time, which rather took the sheen off a fine campaign. Overall, he managed 71 shots on target compared to 47 in the previous season and increased his shot conversion rate to 24.24 per cent.

Atletico spent a reported €32million on Kevin Gameiro ahead of 2016-17 and he and Griezmann combined to score 42 goals between them in all competitions.

The bulk of those strikes came from Griezmann, who also doubled his assist tally from the previous season, laying on 12 goals for team-mates of which eight came in LaLiga.

Griezmann added a Europa League winners' medal to his trophy cabinet in 2017-18 while helping Atletico to a second-placed finish in LaLiga.

The season was his second best in terms of goal output, with 29 goals in all competitions and an Atletico career-high 13 assists to tee him up for a glorious World Cup campaign with Les Bleus.

Griezmann turned down the opportunity to leave Atletico before the 2018-19 season commenced and went on to have one of his most disappointing seasons in Madrid.

Simeone's men won the UEFA Super Cup but were knocked out of the Champions League in the round of 16 by Juventus and failed to prevent Barcelona from winning LaLiga with three games to spare.

On a personal level, Griezmann scored 15 league goals and 21 in all competitions – both his poorest tallies in a single season for the club – and his shot conversion rate dropped to 13.64 per cent in LaLiga and 15.44 per cent overall, the lowest since he left Sociedad.

Only time will tell if he can rediscover his best form next season, when he could be lining up against Atleti for Barca.