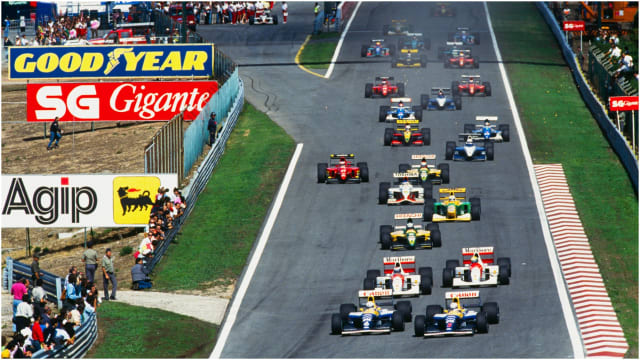 The Dutch Grand Prix will return to the Formula One calendar in 2020, ending a 35-year absence.

It was announced on Tuesday that Zandvoort will feature on the schedule for the first time since Niki Lauda's victory there in 1985.

The news gives Max Verstappen reason to celebrate, with Red Bull's young Dutch star sure to enjoy the benefit of passionate home support.

So, what other former F1 tracks are worthy of making a comeback? We look at five circuits that deserve to be added to the rotation.

Argentina has been off the F1 schedule since Michael Schumacher's 1998 win but there is an appetite in the country for the sport to make a return.

Organisers used numerous different layouts during the Autodromo's spell as an F1 venue, with configuration No. 15 – deployed between 1974 and 1981 – a hit with spectators because of its two high-speed straights which allowed for plenty of overtaking. A renewal of acquaintances with that layout would likely prove popular with drivers and fans alike.

On this day in 1986, we hosted our last F1 Grand Prix, and Nigel Mansell won.

Though Silverstone's future as the host circuit of the British Grand Prix is secured into the next decade, no F1 purists would object to Brands Hatch joining it on the calendar.

Once described as "the best circuit in the world" by Gerhard Berger, Brands Hatch was the scene of Nigel Mansell's first F1 win at the 1985 European Grand Prix. The sight of Lewis Hamilton taking on the famous Paddock Hill Bend would delight British fans.

Though it played host to only 13 editions of the Portuguese Grand Prix, Estoril has its place in F1 history firmly secured.

It was the scene of Lauda's third and final world title win as he finished half a point ahead of Alain Prost after taking second behind his French rival in 1984, while it was also the track where Ayrton Senna claimed his maiden win at a rain-soaked race a year later.

Between Mansell's black flag pit stop of 1989 and a crash between Berger and Riccardo Patrese that saw the latter flip into the air and hit the home straight barrier, Estoril races were packed with incident. But it is a venue likely to remain consigned to history, with recent discussions around an F1 return to Portugal instead focusing on the Algarve International Circuit.

At a rain-soaked Estoril in Portugal, the great Ayrton Senna wins an #F1 race for the very first time #OTD#OnThisDaypic.twitter.com/PVzNyjq8PS

An hour-long drive from the Scuderia's factory, grands prix at the Imola track felt like home for Ferrari. However, it is likely to always be remembered as the scene of the deaths of Senna and Roland Ratzenberger at the 1994 San Marino Grand Prix.

Since its last F1 race, a win for Schumacher in 2006, the circuit has undergone numerous renovations. Yet, while it received the rating required to host races in 2011, efforts to see the circuit make its comeback have been frustrated, contentiously missing out on taking the Italian Grand Prix from Monza from the 2017 season.

We saved the best, and least likely, until last. Not since James Hunt's 1976 victory have F1 cars raced around the Nurburgring's North Loop, and do not expect that to change any time soon.

Christened 'the green hell' by three-time world champion Jackie Stewart, it comprises a whopping 73 turns (33 left, 40 right), with numerous challenging crests, a variety of inclines and gradients and a mixture of road surfaces making it arguably the toughest circuit on the planet.

It is open for the public and racers from other series to pit their wits against it, but the thought of F1 drivers doing the same remains the stuff of fantasy.

Through the Green Hell at max 369.4 km/h: Experience the fastest lap ever on the Nordschleife.
Ride with Timo Bernhard in the #Porsche 919 Hybrid Evo and experience the 20.832 kilometers at breathtaking speed. Watch the full lap on our Youtube channel! #919tribute#nringpic.twitter.com/QIbd96RU5m