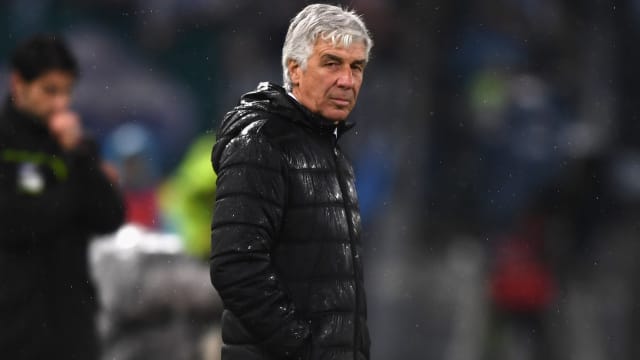 Gian Piero Gasperini was furious with officials after he felt Atalanta should have been awarded a penalty in their Coppa Italia final loss to Lazio.

Late goals from Sergej Milinkovic-Savic and Joaquin Correa saw Lazio to a 2-0 victory at the Stadio Olimpico on Wednesday, securing their seventh Coppa crown.

But Gasperini felt the game was decided by a decision that went against his side when Lazio defender Bastos, already on a yellow card, appeared to block a shot with his hand.

The Atalanta head coach blasted officials after the game, saying only a failure of technology could explain the decision.

"The handball is a serious episode. I realised after the match. It is absolutely serious," Gasperini told a news conference.

"During this season we saw a lot of penalties for handball that were difficult to spot... Today's one is absolutely clear, with the second yellow card for Bastos. This episode decided the Coppa Italia."

He added: "Why? I can't understand why. Why? How was it possible? It is like they blacked out.

Lazio coach Simone Inzaghi agreed with Gasperini about the penalty, but also felt Atalanta defender Andrea Masiello could have been sent off.

"I hear and say there was a penalty for Atalanta," he told a news conference.

"But also the sending off of Masiello for the last-man foul on Correa."