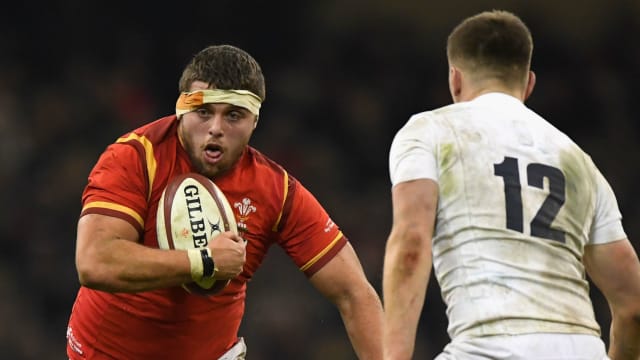 Smith had been linked with Welsh rivals Cardiff Blues along with Premiership clubs such as Gloucester and Sale Sharks.

The 25-year-old has decided to stay put, putting pen to paper on a new four-year deal ahead of a European Champions Cup play-off against the Scarlets on Saturday.

"I know it's dragged out probably longer than I was hoping but I'm just happy that I've committed my future to my home region," said Smith, capped 28 times by the Grand Slam winners.

"It was always going to be Ospreys and Wales for me. I'm just happy that we've got the right deal and I'm looking forward to the next four years.

Ladies and gentlemen, boys and girls, 4 more years for @NickySmith#OurBloodIsBlackpic.twitter.com/13aGHnKgXR

"It's been a good season personally but there's always room for improvement and I know there's a lot I can work on so over these four years I can hopefully become a better player.

"We've got a big game at the weekend and I'm excited to hopefully be involved in it. It's been a tough training week, the boys are firing shots at each other, but it's all to get ourselves ready for a big game this Saturday to try and put the Ospreys where they should be, which is [in] the top flight in Europe."