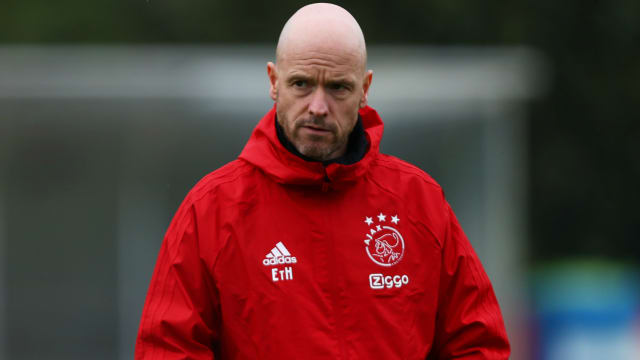 Ten Hag oversaw a memorable campaign for Dutch giants Ajax, which included a fairytale run to the Champions League semi-final.

Ajax – who are set to win their first league title in five years – stunned Real Madrid and Juventus before suffering a heartbreaking defeat to Tottenham following a remarkable collapse in Amsterdam earlier this month.

Ten Hag's work with Ajax has not gone unnoticed, with the 49-year-old a reported candidate to replace Ernesto Valverde should Barca decide to make a change.

The former Bayern Munich II and Utrecht boss – who led Ajax to their first piece of silverware since 2014 via the KNVB Cup – was asked about his future and he told reporters: "I have a contract here and I enjoy it. We're working on the future, so I'm not thinking about that right now."

Sleep well, fans!
We have a big day ahead of us tomorrow.#graajapic.twitter.com/WNUTvKR6m3

Tadic has flourished since arriving from Premier League side Southampton at the start of the season, scoring 36 goals in all competitions, and the Serb star hailed Ten Hag.

"He was very important. He did a great job. He wants to improve us every day, he wants to help us," Tadic told Omnisport.

"I think he also told his team with [Alfred Schreuder], with Richard [Witschge], with Aaron [Winter], with Carlo [l'Ami], with Bjorn [Rekelhof] and also a lot of compliments to our medical staff also, they did great to keep us fit.

"And also like all coaches they did amazing for us because they want to make us better.

"What is the biggest thing about Erik I think is his fanaticism and that he wants to improve us every day and he really likes football and this is really great for players because always they want to help you improve."