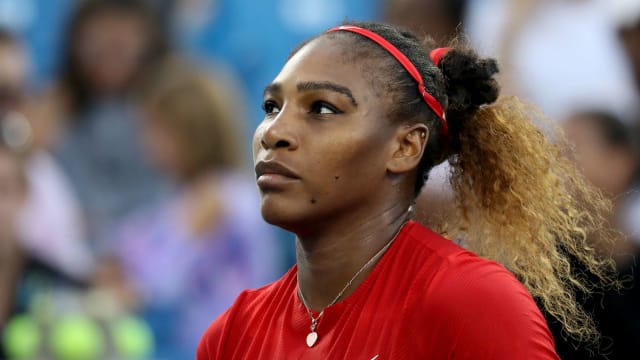 Serena Williams has pulled out of the Internazionali d'Italia after suffering a recurrence of a knee injury, just two weeks before the French Open.

The 23-time grand slam singles champion was due to face her sister, Venus, in the second round in Rome after easing to a straight-sets victory over Rebecca Peterson on Monday.

That showdown will not take place at the Foro Italico, though, after Serena withdrew from the tournament on Tuesday.

Williams also pulled out of the Miami Open in March due to an issue with her left knee and there will be concerns over her participation in the second grand slam of the year at Roland Garros.

Yet the 37-year-old is confident she will feature in the Paris major despite the latest setback.

She said: "I must withdraw from the Italian Open due to pain in my left knee. I will miss the fans and competition at one of my favourite tournaments.

"I'll be concentrating on rehab and look forward to seeing you all at the French Open and next year in Rome."

#Serena, due to a knee injury, had to withdraw from the tournament. Venus #Williams gains access to the next round. #ibi19pic.twitter.com/fxHARjzSqD

Williams has pulled out of three tournaments she has started this year, the sole exception being when she started the season with a run to the quarter-finals of the Australian Open.

Older sibling Venus will face fellow American Sloane Stephens or Johanna Konta in the third round in the Eternal City.