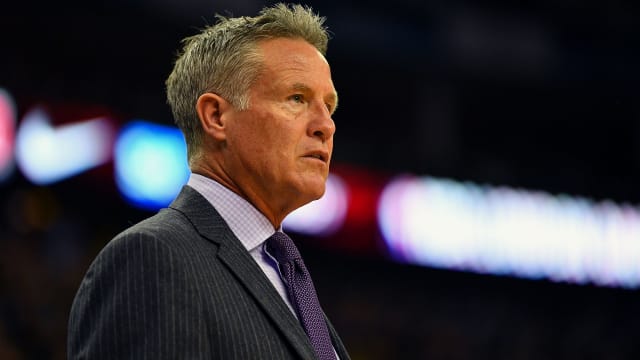 Brett Brown will return as head coach of the Philadelphia 76ers next NBA season, according to managing partner Josh Harris.

Brown's future was reportedly in doubt following the 76ers' heartbreaking Eastern Conference semi-final loss to the Toronto Raptors, who won Game 7 thanks to Kawhi Leonard's buzzer-beater on Sunday.

However, Harris told ESPN on Monday that Brown will be coaching the 76ers in 2019-20 following a meeting, which included general manager Elton Brand.

Brown's return is good news for, among others, 76ers All-Star Joel Embiid – who was furious about the rumours surrounding his coach.

“[Coach Brown] has a huge heart… he’s always thinking of how he can make everybody great.” pic.twitter.com/YbjPjFofFA

"I heard about all these rumours and stuff and I just thought it was bull****," Embiid said during exit interviews on Monday. "He's done a fantastic job. He's been there through everything and this year I think he grew even more as a coach. He learned, we all learned."

"At the end of the day, it comes down to the players. I don't think he should have anything to worry about," Embiid continued. "He's an amazing coach, a better person, and obviously, I've got a lot of love for him. If there was someone to blame, put it all on me."