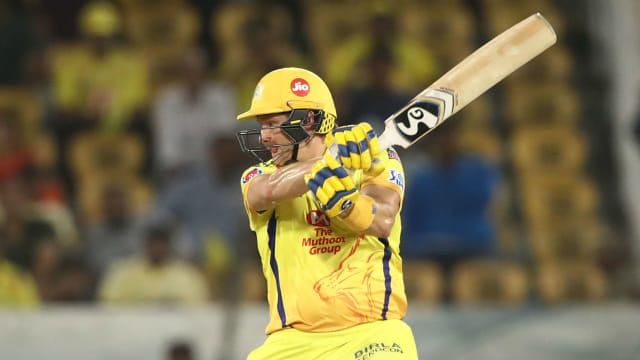 The Mumbai Indians prevailed in last-ball drama, with Lasith Malinga holding his nerve to trap Shardul Thakur lbw and secure a one-run win.

Watson was run out for 80 in the final over and veteran team-mate Harbhajan Singh revealed he went above and beyond in Hyderabad.

A dark red patch became visible on Watson's right leg during his innings – the only factor that prevented the Australian all-rounder from keeping his struggles entirely under wraps.

"Can you guys see the blood on his knee [?] He got six stitches after the game ... got injured while diving but continue to bat without telling anyone," Harbhajan posted on his Instagram story.

Respect brother what a LEGEND @srwatson33 given sweat,blood and everything for the team.. INSPIRING @chennaiipl

In a separate post, the off-spinner added: "Respect brother, what a LEGEND. @srwatson33 given (sic) sweat, blood and everything for the team. INSPIRING."