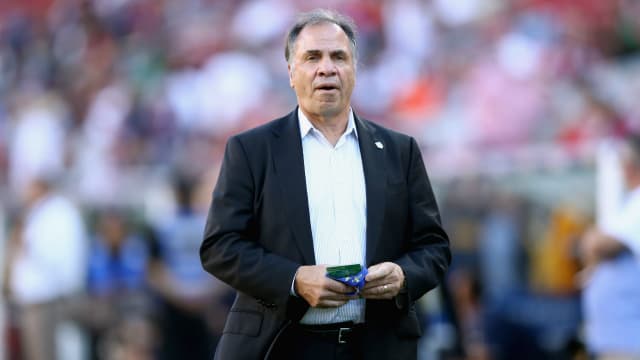 The struggling Eastern Conference side announced the move on Tuesday, less than a week after removing Brad Friedel from the head coaching position and hours after dismissing general manager Michael Burns.

The Revolution said Arena, 67, will take on the sporting director role immediately but an "exact start date" for his return to the sidelines as coach is to be determined.

New England are preparing to host Premier League side Chelsea in a friendly at Gillette Stadium this week.

"Bruce is one of the most successful coaches in American soccer history, and we feel his commitment to excellence, track record of winning championships in Major League Soccer, as well as his success at the international level, makes him the best person to bring the Revolution back to MLS Cup contention," New England owner Robert Kraft said in a release.

Bruce Arena, by the numbers#NERevspic.twitter.com/CPAhCWDHOV

Arena added: "Boston is a great sports town with a history of championship teams, and I am looking forward to working with the staff and players to make the Revolution a club that our supporters can be proud of and that can be part of the tradition of success in New England."

Aside from television work, Arena has been away from the game since presiding over the final stages of the United States' unsuccessful 2018 World Cup qualifying campaign.