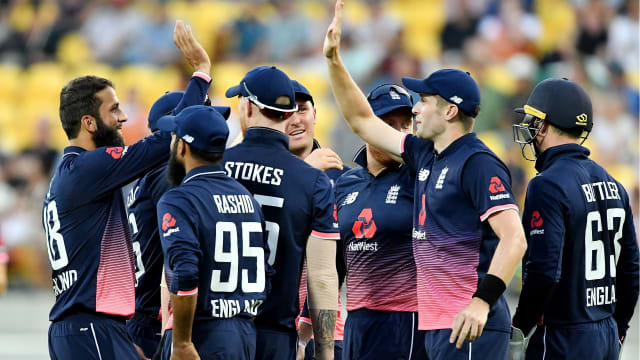 England have the best chance they are ever likely to get to win the Cricket World Cup this year, according to former captain Mike Gatting.

Top-ranked England are hosting the 2019 tournament and have boosted a winning side with the inclusion of all-rounder Jofra Archer in their warm-up matches.

Gatting sees a competition packed with talent but believes Eoin Morgan's men must take their opportunity to triumph on home soil as this is "the strongest side they have ever had".

England have finished as runners-up three times without ever winning the World Cup.

"One-day cricket is as good as it's ever been," Gatting told The Cricketer. "It's quite incredible the way the format has blossomed again over the last few years and it's difficult to say who will come out on top this summer.

"England have the strongest side they have ever had, and the inclusion of the exciting Jofra Archer is only going to strengthen that. England will not have a better opportunity to win it."

However, Gatting also believes New Zealand could be in contention come the end of the tournament.

"I look at the squads and I do fancy New Zealand to do well," he said. "You can no longer call them dark horses as their players are so experienced.

"They play some great cricket, they always play as a team, and they are well led by Kane Williamson. Ross Taylor is also a fine batsman, and, in Tim Southee and Trent Boult, they have match-winning bowlers."