WATCH: Leonard gets ridiculous bounce in game-winner to top 76ers 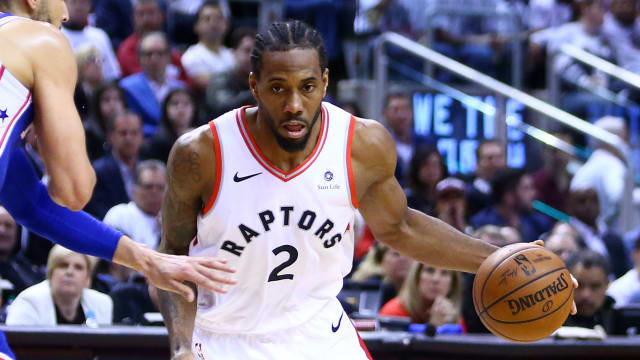 Toronto Raptors star Kawhi Leonard hit one of the biggest shots of this year's NBA playoffs on Sunday.

Leonard got a ridiculous shooter's roll on a baseline jumper to top the Philadelphia 76ers 92-90 in Game 7 of the Eastern Conference semi-finals.

Toronto really needed Leonard in this one.

The 2014 NBA Finals MVP scored 41 points and took 39 shots in 43 minutes, but it was the last one that mattered most.

The second-seeded Raptors will face the top-ranked Bucks in the Eastern Conference finals.

They will attempt to top Milwaukee to get their first conference championship and NBA Finals appearance.