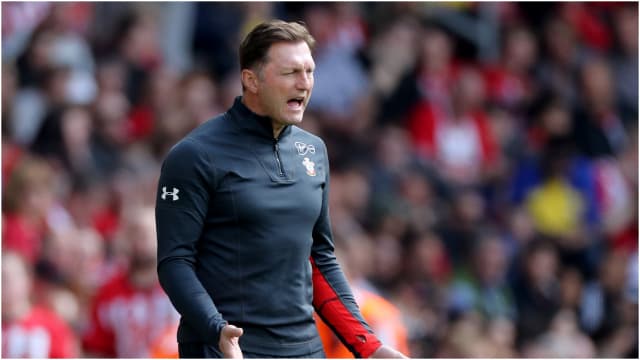 Ralph Hasenhuttl says he is clear what Southampton need to do in the transfer market before next season, having been frustrated by their end to the 2018-19 campaign.

The Saints were steered away from relegation trouble by Hasenhuttl, but they finished on a five-game winless run, including a final-day 1-1 draw at home to rock-bottom Huddersfield Town.

Angus Gunn's error allowed Terriers to equalise and the Southampton coach believes his side's mentality must be improved.

The former RB Leipzig coach suggested he has identified signings that will be required before they attack the Premier League again.

"It is a very clear picture for me now what we are still missing in our game," he said. "Maybe we know that we only win games when we have the perfect commitment and shape and work perfect together.

"If there are a few guys not 100 per cent in the right direction then we are struggling always. That means we need more quality next season.

The points are shared on the final day of the #PL season at St Mary's. pic.twitter.com/n82jEBIep6

"We must create more quality but maybe also get quality in from new players. That is what we are looking for in the summer, for sure.

"It will be a difficult summer, for sure, because we have our limits with transfer fees and things like that, but we must be clear that we have to make a few new players in the team.

"We have to sign a few new players and work with them exactly the same way as we did with our players now and try to create a new spirit and winning mentality because that was missing after being safe.

"After being safe, I missed this winning mentality and to lean back a little bit and that's what I really don't like."

Huddersfield manager Jan Siewert said: "I am really satisfied with the performance because [the players] came again after giving everything in the Manchester United game.

"Normally it's hard to lift yourself after such a tough game and a mentally demanding season, but I asked for commitment here and the players gave it – everyone really showed it.

"I give big, big credit to my players."