Benitez still non-committal on Newcastle future ahead of Ashley talks 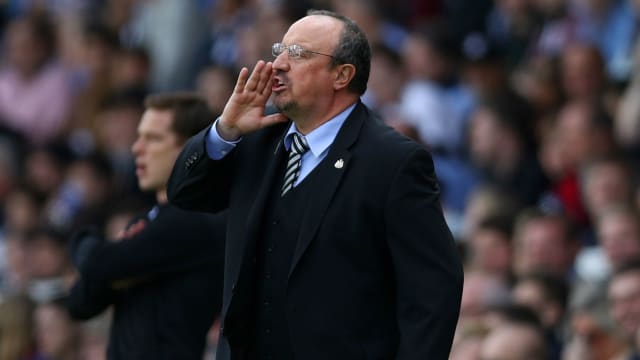 Rafael Benitez reiterated his belief in the potential of Newcastle United but again refused to commit his future to the club ahead of talks with owner Mike Ashley.

Newcastle rounded off their Premier League campaign in style with an emphatic 4-0 win over relegated Fulham, Jonjo Shelvey, Ayoze Perez, Fabian Schar and Salomon Rondon all on target at Craven Cottage.

Benitez is out of contract and has not offered any guarantees he will stay at the club, the Spaniard seeking assurances from Ashley having been repeatedly frustrated by the club's workings in the transfer market during his tenure.

The travelling Newcastle fans led chants about wanting Benitez to stay throughout Sunday's game but, ahead of discussions, the ex-Liverpool boss gave no indication over whether he will remain at St James' Park.

He told the BBC: "I am really pleased. This group of players from beginning until the end have worked really hard. We never gave up, even when we were safe in the last three games they were still giving everything."

On discussions with Ashley, Benitez said: "We meet hopefully this week and see where we are. We have plenty of time to enjoy, I have been very clear about the potential of this club.

"I try to enjoy what happens today and we will see what will happen."

The players salute the travelling fans after the final whistle at Craven Cottage.

Thank you all for your superb support all season! #NUFCpic.twitter.com/aXpuSK85JR

Rondon may well have played his last game for the club, with this fixture marking the end of his loan spell from West Brom. He enjoyed an excellent season on Tyneside too, scoring 11 league goals.

Asked about his future, the Venezuela striker said: "At the moment, I don't know. On my future we have to wait, after this game I have to concentrate on the national team, Copa America with Venezuela in Brazil."

On Benitez, he added: "If you want to compete for something, Europa League or Champions League, this is the main target for the club.

"We have to try to get that, I don't know what is the problem. You have to stay calm, wait for the decision of Rafa and after that we will see what happens."

Fulham, meanwhile, will prepare for the Championship, with this heavy defeat in Scott Parker's first game as permanent manager illustrating the size of the task he faces in the job.

"We just need to build a culture here and a mentality so what happened today doesn't happen [again]," Parker told Sky Sports. "It's a lack of nous at times, a lack of how to control a game, a lack of experience, we will work on that.

"When a team gets relegated, teams want to come for your best players, we'll no doubt have that problem.

"It's going to be a tough, tough league. Since I've come here the problems are there for everyone to see, we all understand what needs to improve here. We look forward to tackling that."