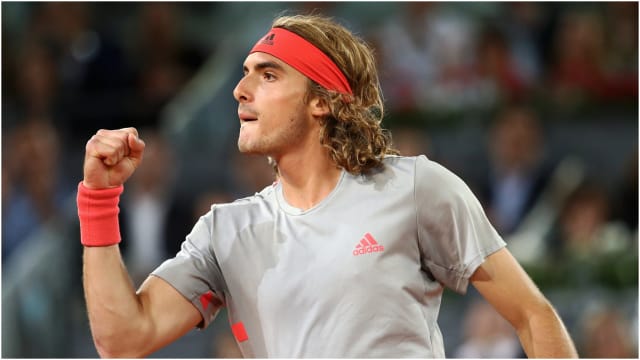 Greek prospect Tsitsipas outclassed the 'King of Clay' in the opening set, but the tide looked to have turned in his esteemed opponent's favour with a string of four games in succession to seal the second.

But Tsitsipas went two breaks up in the decider and converted his fourth match point to make Nadal, who has fallen at the semi-final stage in his three clay-court tournaments this year, wait for a place in a 50th Masters showpiece.

The eighth seed, who lost to Nadal in his only previous final appearance at this level, will now face world number one Novak Djokovic on Sunday.

What a win for @StefTsitsipas!

He scores his first victory over Rafael Nadal. | #MMOPENpic.twitter.com/etr048PNNk

Nadal slipped behind in the opening game on a breezy Manolo Santana, but he was immediately gifted a leveller as both players continued to go long on serve.

After a couple of brave holds on either side, the two traded breaks again, with Tsitsipas stylishly outmanoeuvring Nadal and then letting the second seed back in right away.

But the 20-year-old kept the pressure on and was able to hold and take the set after he broke once more, measuring a pinpoint effort out of reach of the despairing Nadal.

Tsitsipas initially appeared set to frustrate Nadal in the second set, too, but a wild forehand handed his opponent a precious advantage that he did not relinquish.

The five-time Madrid champion raced to another gain to take the contest to a decider, though Tsitsipas recovered his composure and was rewarded with a pivotal break in game five.

Tsitsipas brilliantly shaped another opening and sent Nadal into the net at close range for the second break, meaning a riposte from the world number two merely delayed a stunning victory until the end of a marathon next game.