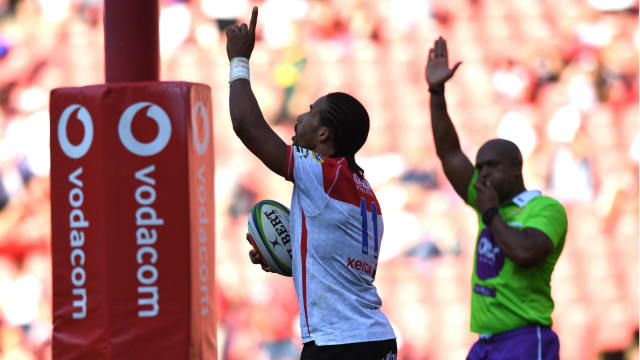 Shaun Reynolds kicked a decisive penalty with 12 minutes to go as the Lions moved into Super Rugby's top eight with a 29-28 victory over the Waratahs at Ellis Park.

The Lions did not lead until Courtnall Skosan scored their fourth try three minutes into the second period, but after Tom Staniforth went in at the other end in the 57th minute, Bernard Foley's conversion restored the Waratahs' lead.

Yet replacement fly-half Reynolds' routine three-pointer nudged the Lions back in front and it remained that way at the end as Foley missed with a long-range drop-goal attempt.

The victory moved the Lions off the foot of the South African Conference, while the Waratahs missed the chance to boost their own play-off hopes.

Lions v Waratahs | Super Rugby 2019 Rd 13 Highlights
A see-sawing encounter in Johannesburg has seen the @LionsRugbyCo prevail 29-28 over the @NSWWaratahs.#SuperRugby#LIOvWARpic.twitter.com/IucsTiJ94t

The Waratahs scored two tries in the opening 13 minutes through Nick Phipps and Michael Hooper, yet they were pegged back on each occasion by scores from Aphiwe Dyantyi and Stephan Lewies.

Rob Simmons and Kwagga Smith traded tries, though Elton Jantjies missed the conversion for the latter's score, meaning the Waratahs held a two-point advantage at the interval.

However, after Skosan and Staniforth dotted down, Jantjies' replacement Reynolds stayed cool to slot over the all-important penalty.