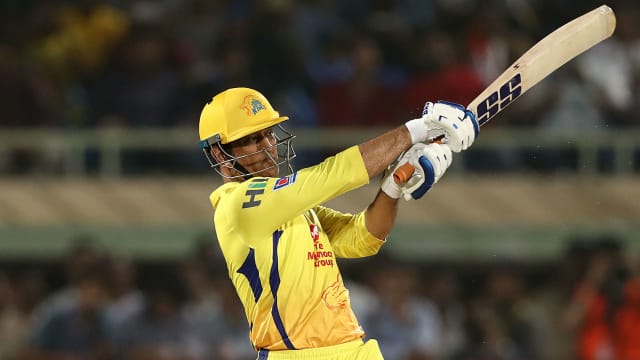 After 56 games in the round-robin stage, plus an eliminator play-off and two qualifiers, Mumbai Indians and Chennai Super Kings are the last two left standing in the Indian Premier League.

Both franchises have a fine pedigree when it comes to lifting the trophy; they have combined for six titles between them, including triumphing in three of the previous four seasons.

Mumbai were victorious in 2015 and 2017 but it is Chennai who are the defending champions, MS Dhoni's side overcoming Sunrisers Hyderabad in the 2018 final at the Indians' Wankhede Stadium.

However, Rohit Sharma's side have already beaten their opponents in the play-offs this year, as a six-wicket win in the qualifier secured them a place in the final.

Ahead of Sunday's showdown in Hyderabad, we pick out some of the key IPL facts with the help of Opta.

High-five! 378 in the frame and in the finals for the fifth time together! #WhistlePodu #Yellove   pic.twitter.com/RSwrVFpO0X

7 – Chennai have reached the final in seven of the previous eight seasons they have featured in. They are also looking to register back-to-back titles for a second time, having previously achieved the feat in 2010 and 2011.

3 – Mumbai have been crowned champions in three of the past six seasons. They have never won in successive years, however, and were last triumphant in 2017.

8 – In the last eight meetings between the teams, Chennai have been victorious just once. That run includes three defeats to the Indians in 2019.

1 – There has been one final previously at the Rajiv Gandhi International Stadium in Hyderabad. Mumbai won on that occasion, beating Rising Pune Supergiant by one run in 2017.

173 – Chennai's Deepak Chahar (173) has registered more dot balls in this year's tournament than any other bowler. Of his 363 deliveries, only nine have been hit for six by opposing batsmen.

24 – Imran Tahir has claimed 24 wickets in 2019, putting him one behind fellow South Africa international Kagiso Rabada at the top of the charts.

84 - Suryakumar Yadav is a man in form with the bat for the Indians. His tally of 84 runs from flicked shots played on the leg side this term is 20 more than any other batsman.