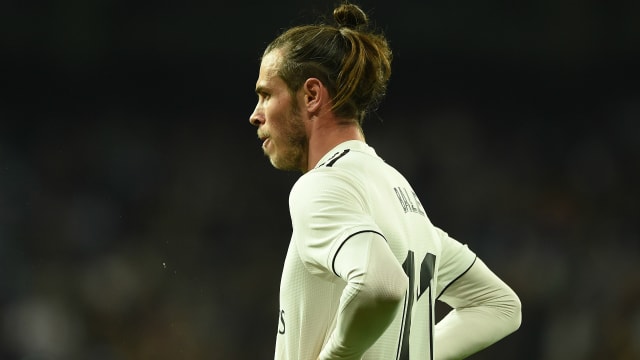 Gareth Bale has again been left out of the Real Madrid squad for Sunday's LaLiga match against Real Sociedad.

The Wales star was dropped for the 3-2 win over Villarreal at the Santiago Bernabeu last week and has once more been omitted from the 19-man group for the trip to Anoeta.

The decision comes at the end of a week in which Bale's agent Jonathan Barnett admitted a transfer would be possible if a sizeable offer were made at the end of the season.

Barnett also suggested Bale would be content to stay at the club even if he were not in the plans of head coach Zinedine Zidane, who has reportedly spoken with the forward in private about his chances of regular football next season.

Zidane said on Saturday he did not want to respond to the comments, adding: "I have to think about the game, playing well, that's what worries me. I won't tell you anything about [the conversation]. Private conversations are private.

"It's what I have to do with all of the players, but it stays internal. With the players I talk about other things, not just their futures."

Raphael Varane and Dani Ceballos have also been left out of the squad for Sunday's game, while Sergio Ramos, Keylor Navas, Alvaro Odriozola and Sergio Reguilon are missing through injury.

Our 19-man squad for our final #RMLiga away match of the season! #RMLigapic.twitter.com/syOzYYTOUE