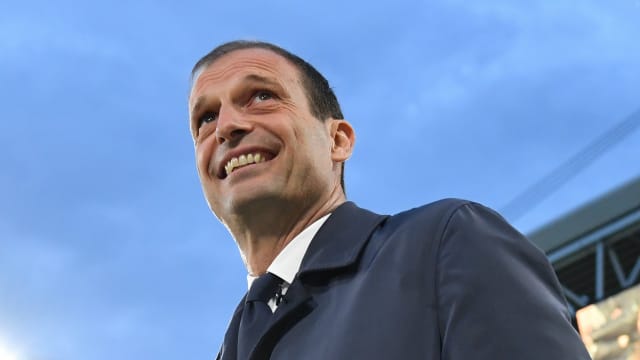 Massimiliano Allegri said he has "an excellent rapport" with Juventus president Andrea Agnelli as he prepares for talks over his future at the club, amid speculation his five-year spell in charge could be coming to an end.

The 51-year-old gave no indication that the curtain might be about to fall on his glittering tenure in his pre-match news conference ahead of the Bianconeri's trip to the Stadio Olimpico to face Roma on Sunday.

Allegri revealed he met with Agnelli before Juve's Champions League quarter-final defeat to Ajax on April 16 and told him he would remain with the club, but since then there have been rumours the president has lost patience with the failure to end his side's 23-year wait to win the competition.

"I will be meeting with the president this week," said Allegri. "We will have an open general discussion, as we do every year.

"Before the game against Ajax I told him that I would stay. In the week we will see each other and talk about everything.

"Talking about the chat between me and the president does not make sense at this time.

Allegri: "I will be meeting with the President this week. We will have an open general discussion, as we do every year. Before the game against Ajax I told him that I would stay. In the week we will see each other and talk about everything." #RomaJuve#ForzaJuvepic.twitter.com/OH8heve8px

"I have an excellent rapport with the president, as well as with others in the club, and with [sporting director] Fabio Paratici and [director] Pavel Nedved.

"The strength of the club is fundamental to the successes of Juventus."

Juventus have won the Scudetto in all of Allegri's five seasons in charge, with this season's triumph confirmed after a 2-1 victory over Fiorentina on April 20.

They go into Sunday's game 30 points clear of their sixth-placed opponents, with Allegri and his players set to celebrate the title victory after their subsequent home game against Atalanta.

"Tomorrow will be a great game against Roma," he said.

"We have to play better because then we will have the celebrations after at home to Atalanta.

"It will be an evening celebration, which is something different than previous years and will be nice for all to see."