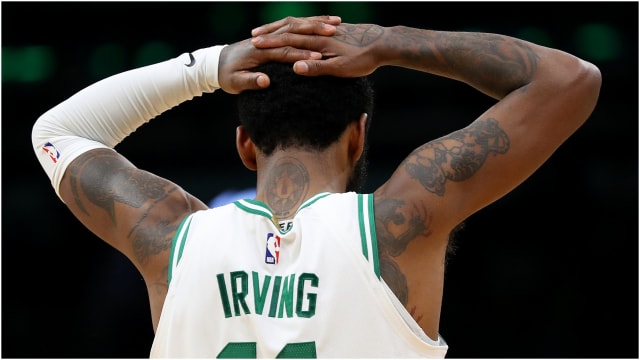 It is safe to say former Boston Celtics star Paul Pierce spoke too early when he claimed the playoff series against the Milwaukee Bucks was "over" after Game 1.

And the Bucks do not appear willing to let Pierce forget his dreadful prediction.

The 41-year-old, who was the NBA Finals MVP in 2008 as the Celtics won the title, suggested Milwaukee were down and out after a single game as they lost at home at the end of last month.

"Boston is going to out-talent them," he said. "I don't know where Milwaukee goes from here. Listen, I think it's over."

But the Bucks – led by MVP candidate Giannis Antetokounmpo – won the next four games to book their place in the Eastern Conference finals after Wednesday's Game 5.

It seems Milwaukee were biding their time to poke fun at Pierce, too, as they uploaded a video montage to their Twitter page on Thursday, including clips of his comments.

Kyrie Irving's claim that "I don't see anybody beating us in seven games" also made the cut amid footage of Antetokounmpo and his team-mates dismantling Boston.