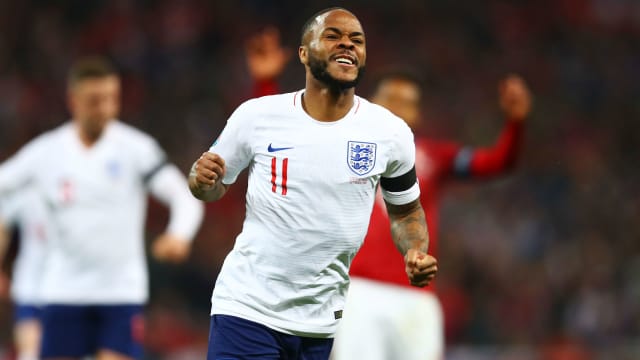 England turned to some famous friends for help announcing their Women's World Cup squad on Wednesday.

Phil Neville's side are heading to France for the tournament next month and released their 23-woman group this week, choosing to mix up the usual squad reveal.

The men's team had children announce the squad for last year's World Cup, but this time some of the biggest names in British culture were involved, including Prince William, David Beckham and James Corden.

Prince William got the announcement under way by welcoming captain Steph Houghton to Neville's selection in the first of several video messages.

Television host Corden and former Harry Potter actress Emma Watson were among the next to get involvement, the former unveiling Ellen White before the latter brought in Demi Stokes.

Jordan Pickford and Raheem Sterling were key in England's return to the semi-finals at last year's World Cup and they contributed, too.

Music artists Olly Murs and Ellie Goulding, athlete Katarina Johnson-Thompson and a host of media figures were among the remaining number.

It gives me great pleasure to announce that our @Lionesses' defensive rock and captain @StephHoughton2 will be on the plane to France for the Women's World Cup.

Steph - congratulations. I know you and the team will do the nation proud. Good luck!#BeReady#Lionessespic.twitter.com/xoRHnNeCrI

What an honour to be asked to name one of the @Lionesses flying the flag for England at the World Cup this summer. @ellsbells89 you’ve got this! #BeReadypic.twitter.com/b8vdWawHPG

From one England No.7 to another. @lilkeets#Lionesesespic.twitter.com/4SuYS3PO7c

.@stanwaygeorgia
Congratulations on making the @lionesses squad, very well deserved. We are all behind you, bring it home girls !! #BeReadypic.twitter.com/zDGVmQQll1

I have the pleasure of announcing that @frankirby is heading to France as part of Phil Neville’s @Lionesses squad for this summer's World Cup. Huge congratulations to Fran and the rest of the squad #BeReadypic.twitter.com/L0r43r5IVd