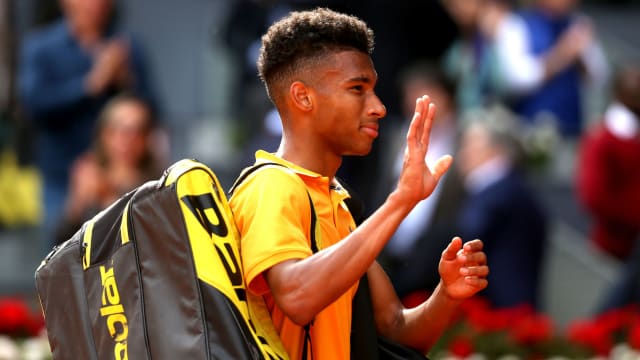 Rafael Nadal believes Felix Auger-Aliassime is destined for greatness after facing the teenager for the first time on Wednesday.

The Spaniard, who had a stomach bug in the build-up to the match, wrapped up a 6-3 6-3 victory at the Madrid Open, where he is seeking a sixth title.

But Nadal was impressed with 18-year-old Auger-Aliassime, whose aggressive approach underlined his confidence, even if the 30 unforced errors ultimately proved his undoing.

"Felix is a great opponent, a great player and he'll be a great champion," said the 17-time grand slam champion.

"It has been a tough few days with a virus in the stomach. So for me, the main thing was the victory and it happened in straight sets.

"It's been a tough first round and I'm very happy to be through."

Nadal will face Frances Tiafoe in the last 16.