Giannis and Bucks through to Eastern Conference finals 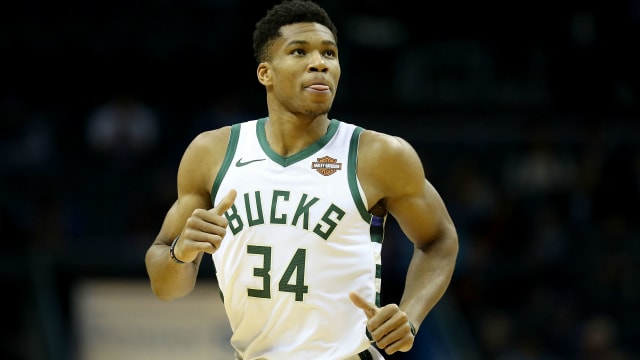 The Boston Celtics' NBA season has come to an end after the Milwaukee Bucks reached the Eastern Conference finals.

Giannis Antetokounmpo and the Bucks sealed a 4-1 series victory thanks to Wednesday's 116-91 win in Milwaukee.

Milwaukee took control before half-time, pulled away in the third quarter and cruised into the next round of the playoffs from there at Fiserv Forum.

The Celtics swept the Indiana Pacers in the first round and appeared like they would make the series against top-seeded Milwaukee competitive after they won the opener in convincing fashion.

But, Boston failed to replicate that success and dropped the next four as they were eliminated.

There was one stretch in the second quarter where the Celtics could not buy a basket as Milwaukee built a double-digit lead. Marcus Smart, Kyrie Irving and Gordon Hayward all missed relatively open three-pointers during the run.

The Celtics' offense never improved as they shot 31.5 per cent from the field and hit on just seven of their 39 attempts from long range. Boston had no chance to win shooting that way.

The Celtics guard did not play like a star in this series.

Irving never really found his rhythm offensively, especially in the Celtics' four straight losses. He managed to stuff the scoresheet but was inconsistent and struggled to create for himself and others.

He finished with 15 points on six-of-21 shooting in Game 5. Irving forced multiple tough shots and did not look for his team-mates, as he tallied only a single assist.

Irving can opt out of his contract and become a free agent this offseason. This could have been his last game for Boston amid links with the New York Knicks and Brooklyn Nets.

The Bucks received contributions from multiple players off the bench throughout the series and that did not change midweek.

George Hill scored 16 points in 21 minutes, Ersan Ilyasova was four of six from the field while Pat Connaughton kept Boston off the glass and grabbed 11 rebounds. Malcolm Brogdon also returned from a foot injury and added 10 points.

The Bucks' reserves allowed head coach Mike Budenholzer to reduce the workload on his stars at various points throughout the matchup with Boston, which could be crucial moving forward.

Milwaukee will face the winner of the series between the Toronto Raptors and Philadelphia 76ers in the Eastern Conference finals.